HomeBlogHow Facebook can reach the businesses that Google can’t

How Facebook can reach the businesses that Google can’t 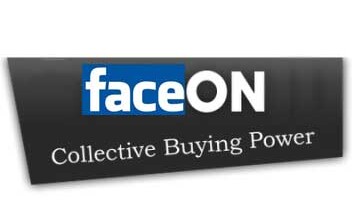 Anyone well versed in online marketing will be aware of the challenge that Facebook faces in terms of trying to catch up with Google’s revenue. On one hand, Google offers businesses the opportunity to interact with customers at the point they are researching, buying or interested in a given product or service. Facebook, on the contrary, offers businesses the opportunity to communicate with customers based on their demographics, how old they are, their gender, interests and so on.

If you look at marketing like dating and on a given night, you have the choice between two potential dates. With potential date one, you know nothing about them, other than that they’ve spoken to another friend and told them they are interested in you. For potential date two, you know little about them, other than that they are around your age and the right gender, but they may not be interested at all and you’re going to need to convince them to go on a date with you before you can even go – which date would you choose to go on?

In marketing, the answer to the question is evident; in 2009 Facebook had a reported revenue of nearly $800 million (not bad at all) while Google’s 2009 revenue was $23.651 billion. Now I concede that this is somewhat simplified, Facebook is a much younger company than Google and revenue may grow over time. However, looking at another recent start-up success story, I believe there is a way that Facebook can tap an market that Google can’t reach and close the revenue gap.

Groupon has been causing a massive stir over the last couple of months, culminating in a widely reported offer of $6 billion from Google (not bad for less than 2 years work!), which was then roundly rejected. If you’re not familiar with Groupon, then you can read about it here. To give a quick summary of how it works, they offer subscribers deals, which are available at local businesses, for a limited time.

As an example, you might be able to purchase a meal for 4 at a local restaurant for £20 instead of £50, or a day out at a local spa for only £50 rather than £120. The strength of their approach is that they have found a way to generate revenue from local businesses, locally. This is something that Google has never been that great at.

The issue for Google, is that for a local business, in order to use their search and ads, you need to have a couple of things

· A degree of technical knowledge on search engine marketing

Now although in 2010 these aren’t huge barriers to entry, many of the types of businesses we’re talking about do not have these two things. Does your local hairdresser, sandwich shop, baker or candle stick maker have a website? And for that matter, if they did have one, could it ever repay their investment in it?

To date, Google have tried to address this problem by, well, giving websites away. If you go to www.gbbo.co.uk you can sign up and get a completely free website. Although this does begin to address the problem, I believe that it still doesn’t put them in pole position to reach this market. These businesses are not online looking for this solution, their customers currently walk past their front door.

If you ask yourself the question above again, does the owner of your local hairdressers, the owner of the sandwich shop, the baker or the candle stick maker have a personal Facebook page? In many cases, the answer will be yes.

So here’s where I see the opportunity – if Facebook make the platform so it is just as easy to make a business page, as it is to make a personal Facebook profile, and give businesses all the tools they would ever need on a business website, but instead, within an easy to use enclosed platform, they can replace the need for these businesses to pay for a standalone site. If one looks at the changes that have been made to Facebook with the new business pages, we can see that this already becoming the case.

Facebook already has the audience (500 million of them and growing) and so it follows that if they can get the businesses as well, then it has both parts of the equation in one place – the people to buy and the places to buy from.

This is where they probably need to throw their existing ad model out of the window. Instead of side bar ads leading to external websites, based on a tired CPC or cost per impression basis, Facebook needs to give these newly online, newly empowered businesses a way to make local consumers aware of them and give them the tools to drive interaction (e.g likes), drive offers (e.g. Groupon) and ultimately drive customers.

The best part about it is that everyone benefits – would you rather see another ad on Facebook offering a free xbox to sign up to a phone contract, a no-win no-fee solicitor asking if you’ve had an accident or a debt management company asking if your finances are out of control?

Or would you have your local deli offering you the chance to save 20% when you go in this Saturday. Or your local Italian offering 2 for 1 on a romantic meal. I and no doubt the 13 million Groupon subscribers know the answer to that one…It is also interesting to note how Groupon generate their local business customers, it appears to be outbound telemarketing and offline research. Hmmm, I wonder when they will be joining Google with their direct mail activity.

We use cookies to ensure that we give you the best experience on our website. If you continue to use this site we will assume that you are happy with it.Ok