HomeBlogSocial Media: Is there enough space for everyone? Or revenue?

Social Media: Is there enough space for everyone? Or revenue? 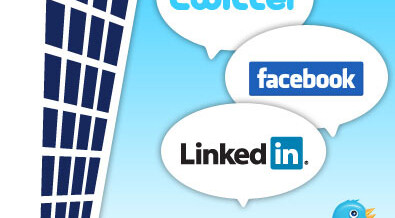 Lots of talk recently about IPO’s, which as we know can be a precursor for a bubble. This is to be expected, as our capitalist economies actually function this way.

A bit like the chicken and the egg, the booms are a result of the busts and the busts are similarly, the results of the booms. Like the chicken and the egg, We aren’t sure which came first, though the South Sea Bubble a few centuries ago is a good candidate. This was so enveloping, that even Isaac Newton, one of the most intelligent thinkers of all time, was caught up and reportedly lost the equivalent of £3 million! He was quoted as saying “I can calculate the movement of the stars, but not the madness of men”.

So what might make the current scenario a bubble?

Well firstly, we have a number of players in the space, fighting for a share of revenue and thus far only one, LinkedIn, have openly discussed revenues, which the article I linked to says generated $1.85 million dollars of profit in the first 9 months of 2010 – obviously leading to a valuation of around $3 billion…

Everything else is a rumour. Everyone assumes that the reason Goldman Sachs and even Bono’s investment vehicle, Elevation Partners, have invested money in Facebook, is because they have seen the real numbers and that they must be amazing – but this is not why companies invest. They invest because they can make a profit and because they can get in before the bubble expands and if this means they can privately sell their stake on before an IPO, or just after a float, they will and do.

Our suspicion is that the reason no-one has IPO’d yet, is because the conditions for a bubble are not quite here yet. The hype is not high enough – yet. But it’s getting closer, quickly.

One of the conditions for a bubble to happen is that lots of people are ready to put their cash somewhere they don’t really understand, where they believe they cannot lose. Currently property prices are dropping, oil is high, interest rates are low, inflation is high, stocks are relatively high, but the real driver for a bubble, is that we need to be sufficiently far enough away from the last one, so people forget how they were stung badly last time. We reckon this is about a 10 year cycle, so our estimate is that this particular bubble has already started. Once a bubble starts, it becomes self perpetuating until the crash, so we reckon this one will peak in around 12-18 months time. An interesting factor this time round though is that the companies driving the bubble are also those who spread the hype faster and virally through their own social networks, so this could accelerate the whole process of boom and bust significantly – we’ll see.

So why does this relate to marketing, KB?

It’s companies like yours and ours that fund Google, Facebook, LinkedIn, Groupon, LivingSocial and all the rest. It is our marketing pounds and dollars which we spend to try to attract new customers that all of their valuations are based on. Ask yourself a question for a moment – as a business, do you have enough money to increase your marketing spend by 10 fold in order to sustain these companies with valuations in the tens or hundreds of billions?

If the answer is yes, it’s not a bubble, its a new world order where the internet becomes the centre of all commerce. But then, think again, surely based on Google’s own statistic of only 17% of spend being online and 83% offline, it’s not possible.

I need to go out now and buy some cornflakes so I’ll leave it there. I would have bought them at Amazon, but they want 6 days for free delivery and Groupon aren’t doing them for 75% off yet.