The B2b Social Media Race is on 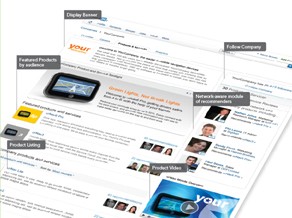 Anyone involved in the social media space will have noticed that generally, the b2b side of many applications has not played first string on the fiddle. This makes sense, as in most cases, to reach critical mass requires lots of users and this can only be achieved quickly in the consumer market. Having said this, we have talked in the past about once this has been achieved, much revenue then comes from the b2b side of the business, as these customers are often the ones in command of the marketing dollars.

It has been interesting to see recent moves by the major players to move into this area, particularly bearing in mind the rapid success of the likes of foursquare and Groupon. In the case of the latter, it is possible that their turnover already dwarfs twitter, and maybe even facebook’s revenues. This has inevitably resulted in a swift move to this market by the likes of facebook, firstly with Places and now Deals.

Enter the quiet one of the pack, which coincidentally, should already own the b2b space – namely LinkedIn. Rather later than one would have expected, LinkedIn have launched favourite products and services on their company pages. This has real potential to become a major stop off point for customers looking to purchase products and services. At the same time, if you aren’t great with customers, this could be a nail in the coffin depending on the level of moderation allowed!