HomeBlogWithout activity marketing tools can struggle, even for Twitter!

Without activity marketing tools can struggle, even for Twitter!

This is pretty fascinating and a great lesson for all of us, in the difference between marketing tools and marketing activity.

So, let’s start with a question…

How many of us have developed some kind of web based video? In business, the answer is probably quite a lot of us.

The second question is…

How many people have seen our video? Here comes the big difference for many businesses – some have lots of views and others have very few.

Why is that the case?

You see an online video is a marketing tool, not an activity. We can spend hundreds or thousands of pounds on a video, but unless anyone sees it, it will be a wasted investment. This then creates the question of how to get our video to the people who we want to see it.

Sometimes it is easy to think,

“If we were a bigger company, we wouldn’t have to worry about it, we could just share stuff and everyone would see it.”

Well, actually, there is evidence that if a huge company, in fact, one of the social networks themselves, does no activity to push the video out, they gain little engagement too.

The example below is just about perfect.

This video below was made by Twitter and is their first and only explanation of what Twitter actually is, in their own eyes.

For the last 6 years, most people have asked us and them “What is Twitter?”. Thus far, no-one, not even Twitter themselves have given a definitive answer. Until now, (well actually until February 2013, when this video was published to Youtube!)

That means that this video is hot stuff!

The video was produced and published on Youtube back in February 2013 – 9 months ago, though how many views has this video had on Youtube since then. Believe it or not – less than 100.

Does that sound familiar?

The reason the views are so low is that they made the video unlisted, which has kept it away from search engines and they also haven’t shared it anywhere.

They haven’t spent any money advertising it, and although they published it to Youtube, intentionally kept quiet about it. Almost no-one has seen it. In fact, those 100 views are probably people who work at Twitter, not anyone else…

Since last week, the video has been featured on a new Twitter account called @TwitterGuide and it is finally getting some views, however more than a week later, it still has only 4,500 views in total. That is about 10 seconds of Gangnam style’s views.

This is for a lot of reasons, partly because the Twitter account hasn’t got many followers and it has only been shared once. Yet again, however, it is all about activity and sharing!

Even the biggest players in social media get little engagement if they don’t push their marketing tools out to the audience.

It is the activity that creates sales and leads, not the tools.

We will keep an eye on it’s progress now that it has reached a larger audience and see the impact on the number of views.

Share some of your own experience of tools vs activity in the comments below.

Update 1: 3.30pm – Since we posted this earlier today and Mashable have also put this on their front page, it now has 5,500 views since 11am. 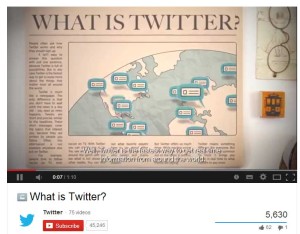 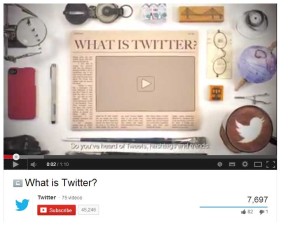 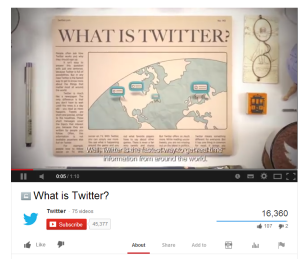 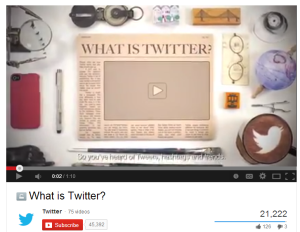